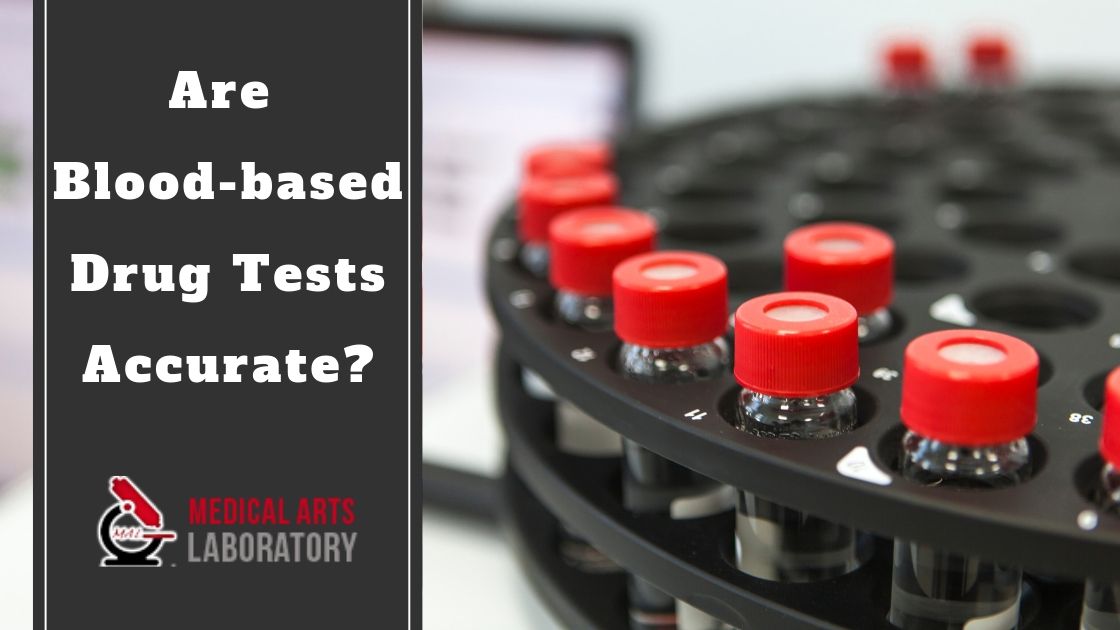 Posted at 19:51h in Blood Testing by mkbadmin 0 Comments
Spread the love

Drug testing is often a requirement by many employers during the hiring process, and all employers can subject employees to drug tests at different times—sometimes with just cause and sometimes completely by random, depending on state and federal laws. The most common forms of drug testing are typically urinalysis, followed by saliva tests. However, an employer may select a blood-based drug test for a number of reasons. Let’s take a look at why some companies require a blood test for drug testing, which drugs can be tested for with a blood test, and if there is any possibility for a false positive result.

Why Do Some Companies Require Blood Tests for Drugs?

There are many reasons an employer might require a blood-based drug test. For drug abuse testing in general, employers could potentially test in order to:

What Drugs Are Tested, and How Long Do They Last in Your Blood?

A blood drug test is the most accurate way to detect the presence of drugs and alcohol in a person’s blood at the time the blood sample is drawn. The difference between a urinalysis test and a blood test is that urinalysis screens for metabolites (or the products your body creates after breaking down a drug), while a blood-based drug test screens only for the drug itself.

Blood-based drug tests are very time-sensitive. Most drugs can only be detected up to a few hours, although some can last a few days in your blood. The most common drugs that are tested with a blood test and their detection time range include:

Other drugs that can be screened include alcohol and opiates.

Blood-based drug tests are the most accurate tests for detecting the presence of drugs in a person’s bloodstream, and it is virtually impossible to fake a passing result with them. However, while rare, false positive results can occur. A false positive result for a blood drug test can occur as a result of over-the-counter or prescription medications, depending on how they interact with other substances in the body.

You should always provide an accurate and full list of all medications you have recently used before the blood drug test. Medications should include prescription, over-the-counter and herbal medications. This will help provide information in case a false positive occurs. For example, a decongestant containing ephedrine can potentially cause a false positive result for amphetamines.

The good news is that if a false positive occurs, a second test can almost always provide a more accurate result to test negative for drugs.

While the accuracy of blood-based drug tests can’t be beat, many employers opt instead for urinalysis tests due to their quick turnaround results and the ability to detect metabolites long after a drug is no longer present or can be detected in the bloodstream. Regardless of your employer’s choice or your preference as the employer, trust Medical Arts Laboratory for all of your drug testing needs. Our wide range of blood testing services have served Central Florida for over 20 years. Contact us to learn more and schedule your appointment!